Which is better, Marvel Comics or Marvel movies, and why? 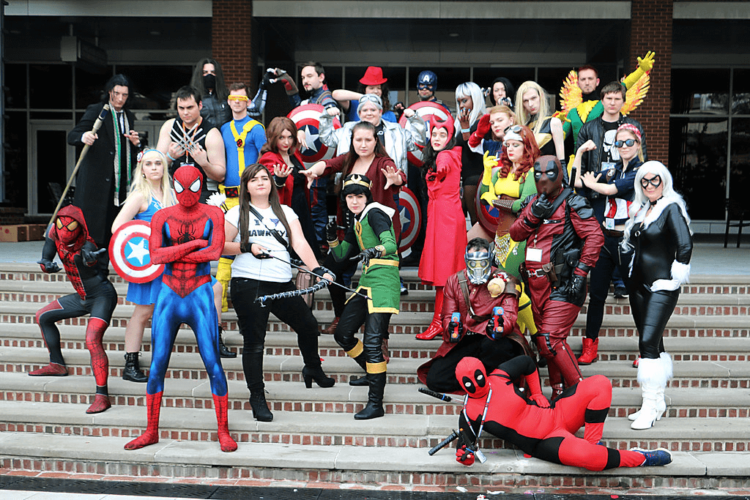 Marvel Studios has done an excellent job bringing a slew of superheroes and villains to the big screen. The Marvel Cinematic Universe (MCU) is an American media franchise and shared universe centered on a series of Marvel Studios superhero films.

Now don’t get us wrong, we have nothing against comic books. Some people love movies while others enjoy reading comic books. It’s all quite subjective. One thing is for sure, comics do let fans get an in-depth knowledge of the Marvel Universe. Nonetheless, if you’re new to Marvel, you can watch a list of MCU Movies in Canada to fully get acquainted with Marvel characters and their extensive backstories.

Marvel Comics was first introduced by Martin Goodman, the publisher of pulp magazines, who developed the forerunner to Marvel Comics in 1939. Goodman founded Timely Comics to capitalize on the expanding popularity of comic books, particularly those starring superheroes.

Some of the first superheroes introduced were the Human Torch and the Submariner. During comics’ “Golden Age” in the 1940s, Timely Comics launched many superhero characters, including Captain America The film is based on one of Marvel’s most popular crossover events from the comic books.

The Marvel universe was first revealed in 1961 when Goodman commissioned writer Stan Lee and artist Jack Kirby to develop the Fantastic Four in response to the burgeoning popularity of superhero comic books.

Most fans are still loyal to the Marvel comic book canon and prefer it to the movies as they claim that Marvel did not include a lot of significant content in the movies and that the comics have a lot more complexity and plot.

Thousands of distinct comic books have been published for each of the various Marvel superheroes, yet only one or two films, each lasting only a few hours, have been produced for a relatively small percentage of the Marvel characters.

Of course, the MCU does have to cater to a wider audience so it needs to modify certain narratives of characters so more people gravitate towards them.

Despite the fact that Marvel Comics is the market leader in comics, the US comic industry as a whole sold around $1 billion in 2017.

Many other media have adapted Marvel characters and stories. Some of these adaptations were made by Marvel Comics and its sister company, Marvel Studios, while others were made by firms that were licensed to use Marvel content.

The first movie to premiere in the MCU was Iron Man in 2008 directed by Jon Favreau, in which a businessman, Tony Stark is apprehended and builds a high-tech suit to escape. After escaping, he resolves to use his suit to battle bad powers in order to preserve the world.

It was the eighth-highest grossing film of 2008, grossing over $585 million and an IMDB rating of 7.9/10. Critics praised the picture and Robert Downey’s performance in particular.

The MCU does liberally borrow from the extensive collection of comic books, mainly combining aspects from other comic books to create new stories. However, the grand animatics and state-of-the-art CGI of the movies do not fail to amaze millions.

The MCU is divided among movies, TV shows, and Netflix series which make them easily accessible to viewers all over the globe and the Marvel’s Blockbuster Machine has amassed a plethora of exceptionally talented actors and actresses such as Chris Hemsworth, Mark Ruffalo, Elizabeth Olsen, Tom Holland and Zendaya who have won everyone’s heart by their unique portrayals of each character.

The ‘Avengers ‘which premiered in 2012, directed by Joe and Anthony Russo, Joss Whedon, and Cate Shortland, has a whopping cast of 26 and an IMDB rating of 8.6/10. The picture broke records for the highest-grossing opening weekend and was the fastest to reach $1 billion ($1.5 billion) in its first weekend.

Whedon’s direction and writing, visual effects, action sequences, acting, and musical score all gained critical acclaim, and the film received multiple accolades and nominations and led to an 84% satisfaction rate on Rotten Tomatoes.

Perhaps the movie’s great success was because of the possibility of flexibility in the work, and the commitment and talent of the cast and crew. By hiring experienced directors and writers who knew how to combine the elements of poetry, horror, and comedy.

While it is true that the comics encapsulate the ‘universe’ part of the Marvel Cinematic Universe with its rich history, in-depth and introspective stories of each character and bonafide such as Wolverine and Spider-Man were well-documented as two of Marvel Comics’ top-selling properties. Spider-Man and Wolverine-led books outsold Avengers volumes by a huge margin.

The movies with their cutting edge spectacular visual displays with compelling stories and inclusion of minorities definitely attract many fans as they not only get to see the fun storylines being continued with sequels to the blockbuster movies but their favorite actors and actresses returning for another round which overall gives an innovative touch to the Marvel Cinematic Universe.

In the end, we can’t really say whether Marvel Comics is better than Marvel movies and vice versa. As we mentioned earlier, it all comes down to personal preference.

Hope you enjoyed this short blog. Feel free to share your feedback in the comments below.