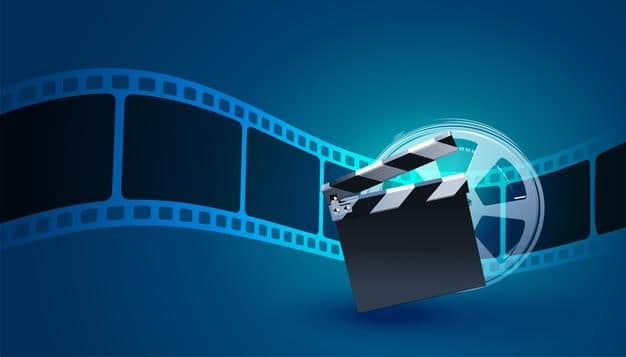 The art of motion pictures has deprived all other kinds of arts of leadership in the contest for the human souls. Nowadays, cinema as a universal art combining visual, audial, and narrative components sets the trends and determines the tastes of the public. No wonder millions of young people look up to film characters not only in terms of manners and behavioral patterns but also as role models for choosing a career.

Watching a good career inspiration movie at the proper time may give you a hint of what you could do for a living, broaden your horizons, and bring a selection of options you might have not even taken into consideration.

Here are five career inspiration movies for you to check out before deciding on your future major. So delegate your homework to essayservice.com, a professional essay writing service for high school and college students, and enjoy the movies listed below!

Come on, stop wrinkling your nose. This is not only one of the greatest comedy dramas ever but also a real guide for career beginners.

Having obtained her degree in journalism, Andy Sax, the protagonist, wants to get a job in New York. She is definitely unwilling to do some menial tasks, but her career choice is rather limited as nobody cares about hiring just another young and ambitious college graduate. However, she ends up as a junior personal assistant of a very demanding and perfectionist editor of a fashion magazine. The values Andy has always nurtured come in conflict with the fashion world, where a career ladder is always decorated with betrayal, greed, and falsehood.

This film perfectly showcases some of the most critical office problems, including abuse and humiliation from the boss, impaired work-life balance, and the necessity to choose between a promising career and your true vocation. So don’t miss this food for thought!

This is another seemingly light-minded but genuinely in-depth comedy about unexpected choices and how they can influence our life.

Indeed, people quite frequently focus on what they want to do – because it is fashionable, prestigious, or well-paid – rather than on what they are inclined to do. This movie busts stereotypes and gives people a vivid illustration of how ignoring erratic public opinion and following your values and principles can bring you to success in any field, even if you are sporting a total-pink look.

Those who want to make a swooshing career swing are not to pass this sparkling film by. People are hardly likely to change their once chosen career paths – this requires strong will, self-confidence, a good deal of courage, and definitely a pinch of luck.

When a retired executive decides that he is too energetic to only play golf and drink Margaritas with other middle-class pensioners, he decides to try and build a new career from scratch. This is how he ends up as an intern in a fashion startup and works with the CEO.

The plot is constructed around the bright and spectacular opposition of boldness and experience, new tendencies and time-proved solutions, young energy and old wisdom. This movie can provide the best inspiration for those who are hesitating about changing their careers to something more challenging, fresh, and modern. In fact, there is no such thing as being too old to do a great job in any industry.

If you do not believe that romcoms can bring you not only deep emotions and no career motivation, it’s high time to dispel your doubts.

In the 80s, they knew how to set a movie in an office and make it captivating, fun, and brilliant. A young secretary, who her boss shamelessly exploits, wants to take another step up the career ladder. However, her low status in the company does not allow her to come up with a promising business idea, which she can produce galore. Moreover, her lavish boss steals one of her ideas of a merger and definitely plans to come with it. Luckily for the secretary, the boss gets her leg fractured at a ski resort and has to stay in bed for several weeks. Using her ties and status, the secretary comes in contact with their client and brilliantly secures a radio network acquisition for a big national corporation.

What happens then? You will find out in the finale, but romantic feelings definitely give way to a sense of well-earned success.

This choice might seem irrelevant but believe – this is the movie you really can drive your career inspiration from.

Watching a former advertisement expert with a college degree in English literature who, by occasion, is employed by the Army to teach basic literacy classes to the soldiers is a real treat. First, his attempts to make his not very enthusiastic student interested in the subject failed. However, a quotation from Hamlet ignites a spark of interest. Gradually, the soldiers who are used only to commands and have little time to think about something else rather than service become absorbed by the great power of fiction and drama, which completely changes their lives.

This movie will be of great help to teachers – both to experienced ones, on the verge of burning out, and to young enthusiasts with bright eyes. The inspiration and motivation it nurtures are equal to none.

So, next time you buy popcorn and sit yourself comfortably to enjoy a movie, think that it can bring you not only joy, thrill, and positive emotions. One of the side effects may be the influence that may affect all your life and give you a hint on what to do for a living.