Google is Celebrating its 23rd Birthday With Cute Animated Doodle 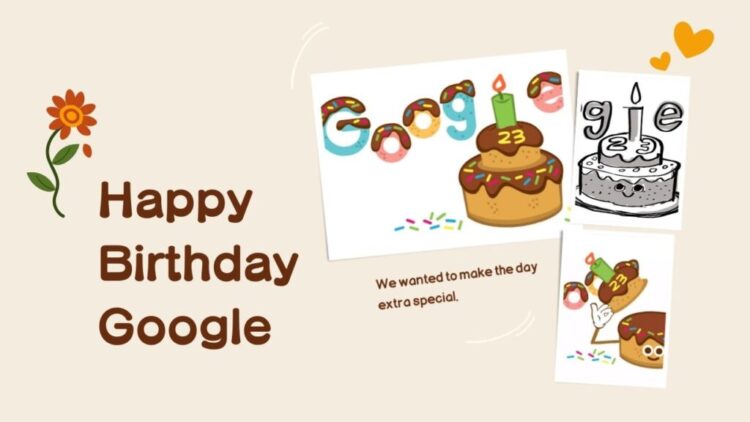 On September 26, 2005, to celebrate Google’s seventh birthday, the doodle was officially posted. However, Google has always used September 27 as the date.

When did Google start?

Despite the fact that Google has officially settled on September 27 as its birthday, the search engine has many more celebrations to celebrate. If one uses 1997 as the base year, then September 15th marks Google’s 24th birthday as the date the domain name was registered.

However, Larry Page and Sergey Brin started working on what would become Google in January 1996 while they were both students at Stanford. It’s true that many people celebrate their birthday in January, yet this month has never been regarded as an actual birthday.

As of September 4, 1998, the company is a legally recognized entity. Consequently, the best possible date for the birthdate is September 4. To what end, then, was September 27 chosen as the special day? In any case, September 27 was selected as the day to mark a new benchmark in the total number of pages indexed by Google.

Don’t forget that Google wasn’t always the most popular or dominant search engine around. Despite Yahoo’s larger size, Google eventually came to dominate the industry. Google has traditionally held its event on September 27th, and this trend looks set to continue.

Google has become more than just a search engine in recent years. Among the most notable offerings from Google include email (Gmail), mobile operating system (Android), app store (Play Store), virtual assistant (Google Assistant), videoconferencing (YouTube), and online meetings (Google Meet). Almost 23 years after its founding, Google remains the undisputed leader in its field because of the use of its major products, many of which now have more than a billion users each.