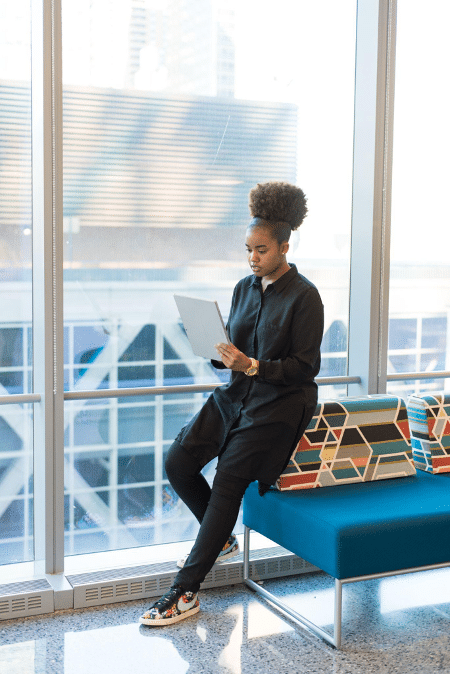 Manga books being prominent around the world continue as the creation of anime series get more and more. Manga are Japanese comics heavily influenced by Japanese culture, tradition, and language. This style of comic books has indeed given Japan a surmountable amount of attention. These graphic novels contain a variety of genres which differ from demographics. The genres you’ll find in Manga are Adventure, Action, History, Horror, and more. One of the well known demographics of Manga is Shoujo.

Shoujo manga belongs to the demographics of manga that focuses on fantasy and romantic comedy. It’s a demographic that’s gaining popularity each year, and Shoujo manga is no exception. With so many great series in one place, it’s no wonder that there’s so much demand for this demographic. The Shoujo manga demographic has its fair share of massive hits and bizarre and fascinating sequels, and there’s a lot to love about it. Whether you’re a Shoujo manga fan who just has a natural affinity for love and relationship-driven stories or you’re an established Shoujo manga fan who’s looking to explore the darker side of these beloved stories, there are sure to be at least one or two you’ll enjoy. Here are the 10 best.

Kyouko Mogami, 16, traveled to Tokyo to encourage her longtime friend and love interest Shoutarou “Shou” Fuwa as he pursues his ambition to become a top star in the film industry. However, after learning that Shou regards her as nothing more than a servant, she vows to exact vengeance by joining the entertainment world and defeating him at his own game.

Many people aspire to revert to their pure youth to restart their life and make the appropriate decisions when the obligations of adulthood and the dark side of corporate bullying betray their childhood ambitions. Arata Kaizaki, 27, is astonished by the offer he has been given and intends to change his life over through a once-in-a-lifetime chance.

While most females want to be attractive with boys, Futaba Yoshioka desires the polar contrary. She thought that high school would be her time to change her image after getting a lot of fans in middle school and being rejected by her female peers. As a result, she begins to appear unfeminine and uninterested in boys, which allows her to gain several “friends” along the way.

Love is like an apple: it may appear delicious on the outside, but its flavor can be misleading. Ninako is confronted with the agony of unrequited love for the first time. Ninako, on the other hand, struggles to appreciate love’s complicated taste and misses the way a special someone looks at just her while her well-informed pals go through varied love experiences.

When Risa Koizumi, who is taller than normal at 172 cm, hears that her frequent enemy, Atsushi Ootani, who is shorter than average at 156 cm, is secretly in love with her buddy, she chooses to partner up with him. She does, after all, have emotions for her friend. Unfortunately, their crushes end up falling for one another instead. Following their recent losses, the two decide to encourage one another up while keeping their regular dynamic of frequent fighting.

Kanako Aoyama, Kiri’s close friend, is suspected of buying her route into being the next female for an SP makeover after she expresses her emotions to Ochiai by sending him a gift. Kiri defends Kanako and does some “magic” on her, leaving the SP speechless by Kanako’s change. Uncertain of who is to blame, the SP seeks out Kanako’s hairstylist in order to stage a haircutting competition, igniting a feud between Narumi and Kiri.

In direct contrast to Daisy’s encouraging comments, Teru experiences nothing but hate from Tasuku Kurosaki, the obnoxious school cleaner who compelled Teru to work for him after she accidently shattered a window. But, while Kurosaki appears to be a slacker who only cares about making her unhappy, is there more to him than meets the eye?

When Angus Lanson is asked to a gathering of all the fashion show ambassadors by Aunt Feihung’s newspaper editor, Lele accepts and is excited to see him. She has no idea that Eros Lanson, Angus’ twin elder brother, is covertly joining his brother. This clearly causes uncertainty, and it is the beginning of a lovely narrative of Lele’s ambitions: fashion in New York City, becoming a top model, and finding love?

Despite being encircled on all sides by foes, the exiled princess still wishes to rescue her kingdom. Her solution comes from a banished priest, who informs her that finding the four legendary dragon warriors is her only chance. Yona goes out to discover these soldiers, guided by this allegedly false narrative, desperate to reclaim her land.

Sawako admires Shouta Kazehaya, the most prominent boy in her class, because of her genuine wish to create friends. Kazehaya easily attracts people with his upbeat nature and flawless interpersonal relationships. Sawako begins to spend more time with Kazehaya, wishing to be more like him. With Kazehaya by her side, Sawako finds herself inspired to do new activities she’d never tried before while seeking to turn over a new page.

The Manga books mentioned above are just the best of shoujo. There are so many more Shoujo Manga that can capture your attention and that contains anime series. If you’d like to try reading these comic books the best sites to visit are Mangago, Mangaowl, Mangafreak, Reading Manga, and Mangakakalot. They’re free and don’t require you to subscribe or create an account. Browse and Explore Manga books from the bestsellers, hit, and new releases,

Manga has a variety of genres and demographics to choose from. It is a style of graphic novels that captured the attention of people all around the world. Shoujo Manga being one of the prominent demographics offers a wide range of manga books that everyone can choose from and enjoy at their own pace.