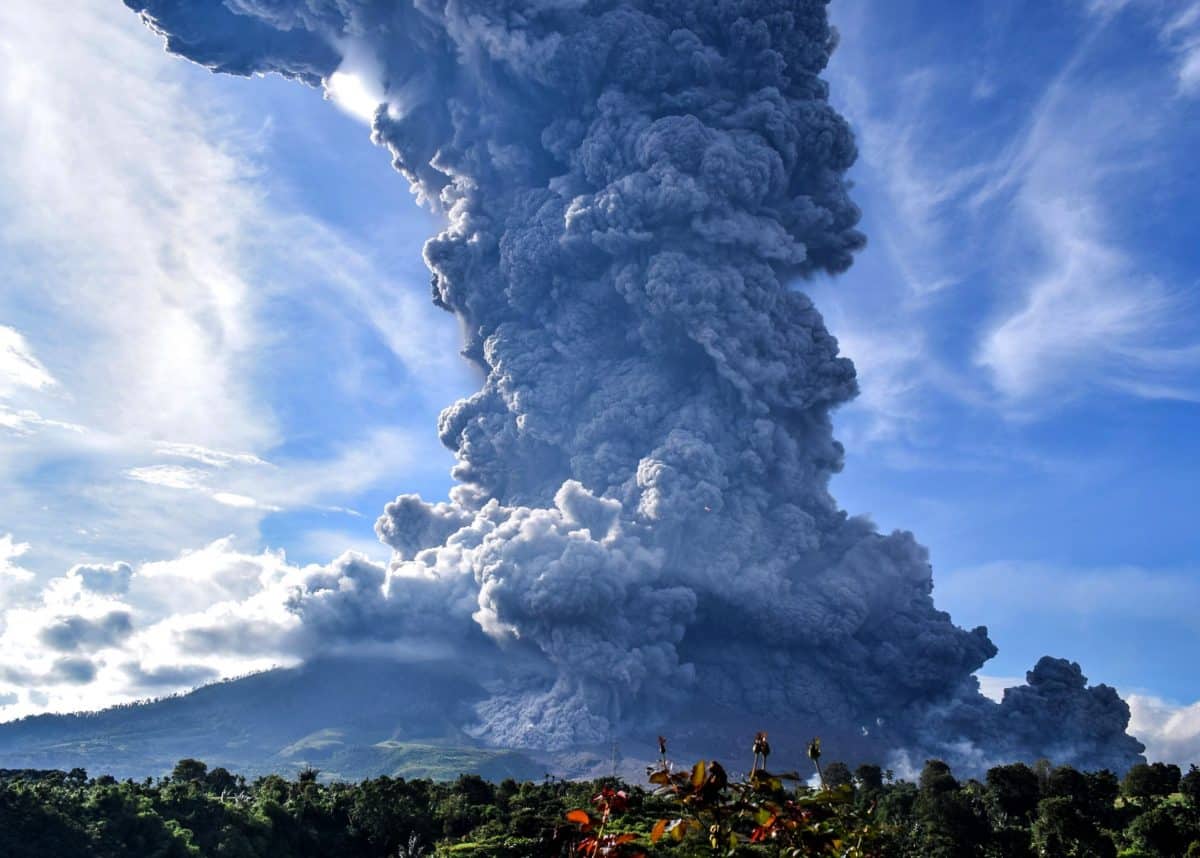 On Monday, Indonesia’s Mount Sinabung exploded, plunged the air in the darkness for the local communities, with a huge column of ash, and 5 000 meters of smoke (16,400 feet).

In its second eruption in three days, the authorities and witnesses have said that it was making a thunderous noise, turning the sky into darkness.

Massive plumes of ash and smoke are rising from the #volcano into the sky. pic.twitter.com/pEWqsIIJbI

After more than a year’s inactivity, Mount Sinabung eruption on Sumatra is the second on Saturday and authorities have warned residents and tourists of possible lava flows in the nearby areas, but luckily there were no reports of injuries or deaths.

The volcanology agency stated in a statement that the residents were advised to remain outside a 3 km radius from the volcano and wear masks to reduce the effects of falling volcanic ash.

“It was bigger than the eruption a couple of days ago.”

Jakarta Post announced that the disaster agency officials, along with the local police and military forces, distributed 1,500 masks and helped local people clean up volcanic ash. Five trucks have been sent by the local Fire Department for clean-up purposes.