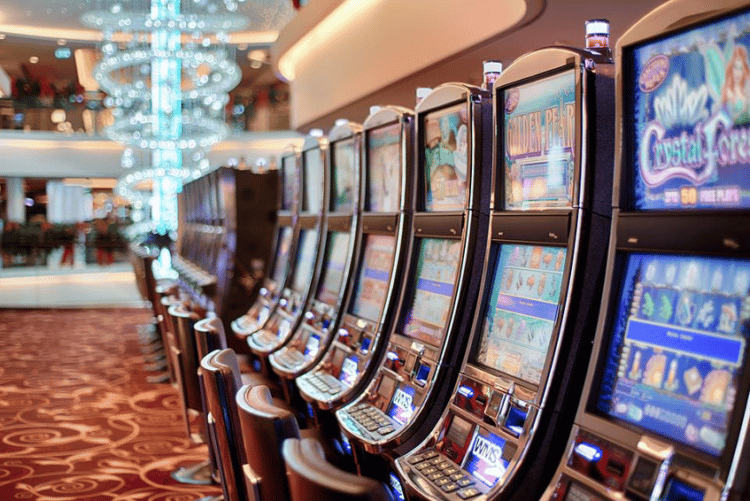 Online slot games are not just generic ‘fruit machines’ with basic icons and mechanics anymore – although you can still find the simple games available in your favourite online casino.

The developments in technology, including the exponential growth of mobile gaming opportunities, has meant that it has never been a better time to get involved in online slot games for the chance to win huge pay-outs.

Players can also take advantage of enticing bonuses and free spins offered by online casinos to redeem against their favourite slot game or even trial out a new themed slot.

What was once a simple three reel and single payline game has become an interactive and exciting type of game where one spin can set off a cascading chain reaction with multiple chances to win the jackpot as well as extra spins and bonus rounds, all depicted in beautiful high-definition graphics that are worthy of console or PC video games.

Choosing your favourite games might be down to the characterisation of the slots – some people want to play games based on a TV show or a movie franchise – while other players will be more interested in how often they can win, which is a percentage known as the Return to Player (RTP) rate.

Below is a brief look at some of the best developers of online slot games.

In 1994, Microgaming released what they claim is the world’s first online casino software, and since then the Isle of Man-based company has not been resting on its laurels.

As a founding member of the Interactive Gaming Council, Microgaming has been pioneering in the online gaming space, becoming the first slot game developer to launch an officially licensed branded slot game in Lara Croft: Tomb Raider.

Alongside these huge jackpots, Microgaming slot games have an average RTP rate of 96-98%.

NetEnt was established in 1996. The developer considers itself a true pioneer, creating thrilling games using their innovative platform.

This developer has been operating for more than 25 years, and in this time, they have established themselves as a leading game developer, working with some of the biggest names in the online casino space to provide exciting and innovative games. NetEnt were the first to introduce the cascading spin mechanic to their games, which is a feature of most modern slot games.

With more than 200 games in their portfolio, NetEnt is the place to find both modern slots and the more traditional-style slot games, and they release new titles monthly to keep things fresh. They also have one of the highest RTP rates of the major developers, averaging at 98-99%.

International Game Technology is a multinational conglomerate that has been producing games for decades – and not just in the online space.

This company started by designing and manufacturing physical slot machines for land-based casinos and took this knowledge into their production of online slot games – and that is why they are one of the best-known and trusted developers in the world.

Founded in 1996 with their headquarters in London, IGT have a game portfolio that includes lotteries and sports betting as well as hundreds of instantly recognisable slot games – IGT games are known for oddly shaped slot reels.

IGT slot games have an average RTP rate of between 95-97%.

Although the business has been around since 1997, Play’n Go started making online slot games in 2005.

Based in Sweden, Play’n Go is recognised for creating technically robust games that work well and are hassle-free, and their back office and customer support options are considered to be the best in the industry.

The Play’n Go mission is to become the best provider in the industry, and they are working to achieve this by focusing on providing in-depth support for players and casinos as well as games that are well-designed and fun to play.

With hundreds of available titles, players can expect an average RTP rate of 96% from Play’n Go.

This relative newcomer to the online slot games scene is worthy of a mention in this list because it is hard to break into an industry that is lead by well-established developers – yet Yggdrasil has managed to become a juggernaut in a relatively short space of time.

Established in 2013 by the ex-CEO of NetEnt, Yggdrasil has roots in Sweden but is based in Malta.

As a developer that has won many awards in the iGaming industry, Yggdrasil is recognised for the technological and innovative knowhow; utilising HTML5 coding and iSENSE to ensure a seamless experience for gamers who want to play on mobile platforms.

Yggdrasil are also looking to support independent slot games developers, with the launch of the YG Masters programme which supports indie designers to produce games using the Yggdrasil platform.

Players of Yggdrasil sot games can expect an RTP rate of 96% or more, depending on the game.

The Future of Slot Games

As technology develops in the iGaming sphere, gamers who enjoy the thrill and random chance of playing slot games can expect these top developers to continue to bring out new games as well as new game modes to keep slot gaming fresh and exciting.

The Best Methods to Have Effective Distance Learning