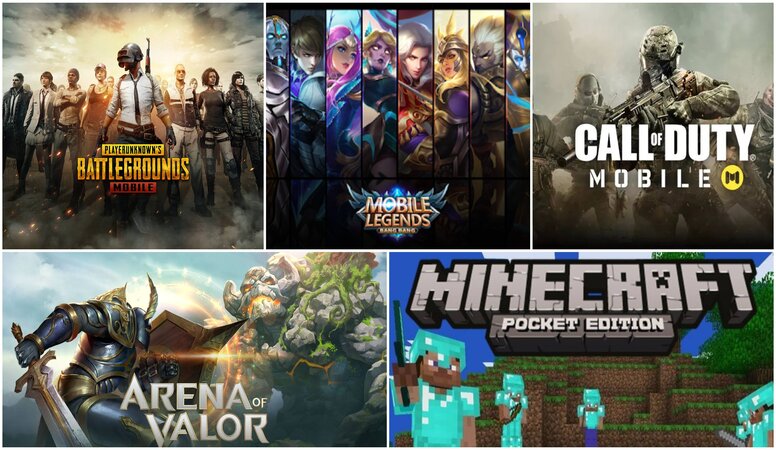 The gaming industry dominates because of the constant interest of online multiplayer games. It was always an enormous part of what makes play enjoyable, and now many Android games encourage you to play with friends.

We have the list of five best Online Multiplayer Games

The most popular game Minecraft creates and occupies a specific category in the world of games. This has no specific genre, there are no characters, drastic cuts and visuals commonly called “retro.” Instead, this allows you to form the distorted world around you with your digital hands. It is an editor’s choice and easily among the best PC games due to its fun, imaginative play and the creations it inspired.

Arena of Valor is one of mobile’s most long-standing MOBAs. It is an international adaptation of Honor of Kings, one of China’s most famous MOBAs. The AoV is one of the most popular MOBA on the market, it was published about two and a half years ago.

TiMi Studios, a division of Tencent Games, one of the world’s largest or the largest gaming companies released Arena of Valor on October 14, 2016. AoV was developed to adapt Honor of Kings globally, one of the pre-released Tencent games in 2015.

It is a first-person free-to-play game developed by TiMi Studios and released for Android and iOS by Activision. On 1 October 2019, it was released.

Call of Duty: Mobile gives both Android and iOS apps the excitement and enjoyment of consoles and PC games.

The game has more than 250 million downloads and earned almost 327 million dollars till June 2020.

Mobile Legends: Bang Bang has been developed and released by Moonton as an online fighting arena for mobile players. This was first released in 2016 and became famous in South-East Asia and was chosen to play at the Philippines’ Southeast Asian Games 2019 as one of its first medal event competitions.

Moonton ‘s Mobile Legends has a total income of $500 million. The Moonton’s Mobile Legends According to the Sensor Tower has won $502.5 million in gross lifetime revenue.

Violence is at the heart of the game; players have a range of realistic weapons, such as handguns, machine guns, and snippers (all scattered across the map) against each other.

PUBG Mobile was the world’s biggest smartphone game for the month of May. The game received over $226 million in consumer expenditures to its developers (roughly Rs 1.7 thousand crores) and became the top-selling game on earth in May.