What Should You Know About Cybersecurity and Sexual Harassment? 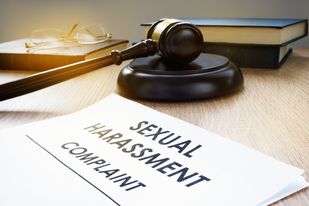 Sexual harassment continues to be a problem in most industries. It opens up a business to potential lawsuits from their own employees. There is also an emotional toll on the individual which can affect their work.

According to U.S. law, it is unlawful for someone to face discrimination due to their gender.

Lawmakers define sexual harassment as any unwelcome sexual advances. Those include verbal or physical harassment. In some cases, it can include decisions made based on gender.

Unfortunately, some forms of harassment have been normalized over generations as an expectation of the line of work. Only in recent years have individuals in the movie industry called out harmful practices towards women.

If an employer does nothing to deal with sexual harassment, an employee can file charges against the individual and the company. Sexual harassment training can help avoid liability and improve the environment for everyone.

Sexual harassment in life and in the workplace is often debated. Actual or attempted rape is an obvious example. Sex-based discrimination, while unlawful, isn’t necessarily harassment.

Some lesser-known sexual harassment examples include:

If a person feels like they’ve ever been sexually harassed in any way, they should immediately reach out to their company’s HR representative. Human resources can set up sexual harassment training and address the issues head-on.

How Cybersecurity and Sexual Harassment Intersect

Sexual harassment has penetrated cybersecurity at every level.

Workers who have been harassed and are distressed are more susceptible to cyber threats. At work, women are marginalized and targeted by their peers.

Cybersecurity gatherings like Def Con and RSA have developed a bad reputation for sexist behaviors towards women.

In one case, a female journalist found herself at the receiving end of sexual commentary by strangers as she walked the showroom. Other women have reported being groped and assaulted at these conventions.

Like most industries, the people in positions of power are mostly men. Any kind of change in the industry has to start from the top down.

It’s a company’s role to provide a safe work environment for its employees. Not only does it benefit your business, but it saves you from legal trouble later on.

Sexual harassment training as a subsect of cybersecurity training helps to eliminate any prejudices. These prejudices lead to toxic behaviors in the industry. In some states, a harassment course is legally required for organizations with more than five employees.

There are many sites offering this type of training to protect the employees and the company. Go ahead and start your training course.

How Can Raspberry Pi help Cybersecurity?