New Technologies That Will Change Online Gaming (With Infographic) 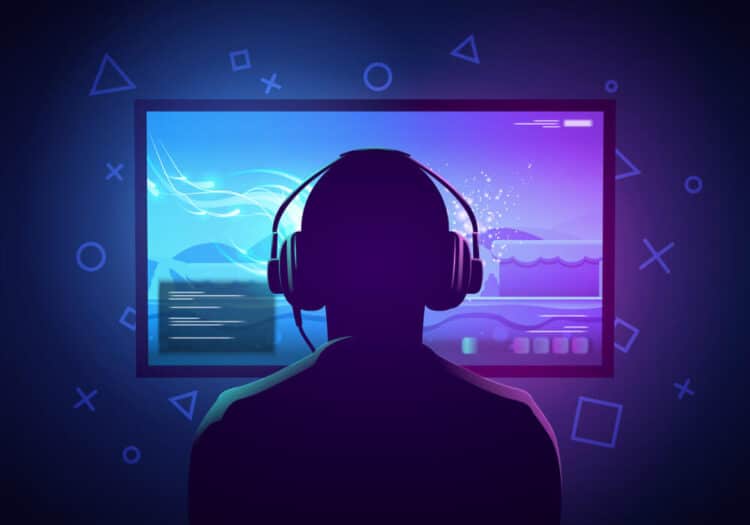 Today, every year, we get new updates for various technologies. Innovation tends to surprise us with incredible development in various fields. A few decades earlier, new techs used to take time to embrace new techs, but now the world has become fast. Many industries have become dynamic, and they incorporate, and they offer innovative features backed by next-gen techs. One industry that has always put its finger on the latest technology in the gaming industry. And this is the reason why the online gaming market has grown gracefully in these years.

The gaming industry goes hand in hand with tech innovations. Whether it is a software revolution or hardware upgrade, the gaming sector is first in the race of utilizing new technologies. The way we used to play in the past has changed dramatically in recent years. Gaming consoles, cloud gaming, games on mobiles, and there are many innovations that have reformed the gaming industry. Here, we are going to mention some new techs that have the potential to shape the future of online.

Virtua reality or VR is a new tech trend that made a buzz in many sectors. Even the business and online video streaming industry has been using VR tech in the past few years. So, it is obvious that the gaming industry cannot be left behind. Many big studios and game developers are in the process of developing VR games. By wearing a VR headset, you can immerse yourself into the virtual world of the game.

You can have a realistic gaming experience. For instance, if you are a boxing fan and want to play boxing on VR. You will feel like you are really in the boxing ring and combating other players. The virtual world will let you have a convincing gaming experience. As of now, only a few VR games are available as VR tech is costly, but we may see a wide acceptance of virtual reality in the future.

For newbies, Augmented reality is similar to virtuality reality, but they are a pole apart. In VR tech, you immerse yourself into the virtual world of games by wearing a VR headset. On the other hand, you bring the virtual world into the real world with AR tech. Apple has already shown a few examples of how augmented reality will work for its game. Pokémon Go is also an example of how we can see augmented things via the camera in real places.

This will benefit the online gambling industry as well. For instance, you want to organize a poker night at your home, but you don’t have a poker table. With the AR app, you can make your regular table look like a real poker table and have an enriched gaming experience. Thus, this has the potential to bring a revolution in the gaming world.

In a modern world where physical storage is being replaced by on-server storage. For example, we needed to buy a physical copy of a game to play on our PC or console. However, it got changed by online gaming; here, you can play any game on your devices. Now the future belongs to cloud gaming. This may seem very similar to online gaming, but there are many differences here. Google, Sony, Microsoft, and NVIDIA have already launched their cloud gaming platform.

With cloud gaming, players don’t have to worry about the physical specification of the device. High-end games can be played without requiring high specifications. In addition, multiple games can be accessed through one subscription. It will also allow you to play and resume the game on multiple devices. For example, if you played a game on your PC at night, you can resume in the morning at your home.

Smartwatch and other wearable technologies have been making huge progress recently. Apple changed the whole scene by launching Apple Watch. Since then, many new changes have been brought. Two years ago, Apple launched a standalone App Store, and it clearly shows how this tech is revolutionary in the gaming world. It can be used as an accessory to play games as well.

A few years back, Microgaming launched a smartwatch with slots. Players could play real money slot games here. Smartwatch gaming can make entertainment more comprehensive and convenient. You don’t even have to take out your phone, and you can play your favorite slots online. However, this concept was not received well in the past, but the gaming industry’s future belongs to this tech as well. If big companies like Apple come into this scene, we will see a dramatic change in the smartwatch for gaming concept.

Today, AI is being used by almost every business, directly or indirectly. Artificial intelligence changed how we see ads on our devices. It uses available data of users to provide them personalize advertisements. Similarly, this concept can be used in the gaming world. Gaming studios and gaming platforms can use AI to suggest games according to the needs and preferences of a player.

Since there are lots of games on a gaming portal, players are unable to find a game that suits their interests and preferences. In such circumstances, artificial intelligence will help them find the game that would be best for them according to their data when they provide essential information while signing up. Thus, AI will play an important role in the gaming industry for sure.

Along with these technologies, many new techs will improve online gaming. 5G connectivity will influence online mobile gaming, and more mobile consoles will be offered in the future. One thing is for sure innovation in techs will improve our gaming experience.