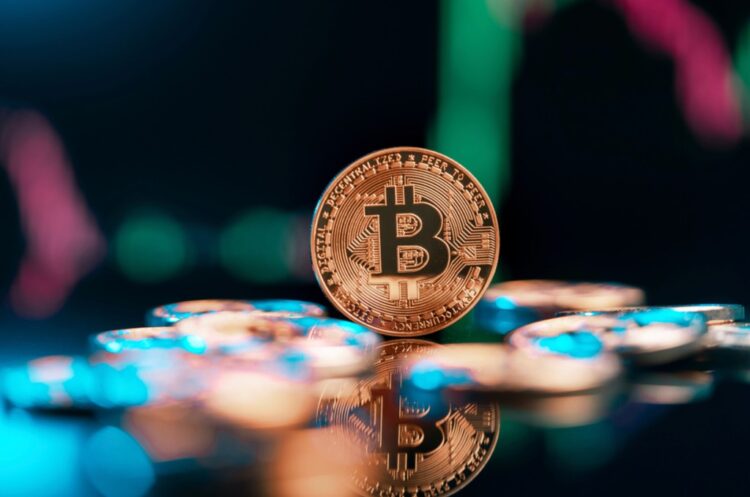 A collective enthusiasm has sprouted around Bitcoin over the last few years; however, it’s challenging to predict how the cryptocurrency will evolve and if it will become a store of value or a global reserve currency worldwide accepted as gold. Bitcoin is considered revolutionary technology in the sector, and many investors add the currency to their portfolios, chasing the chance for massive profits. However, the thrill of riches or ruin stops others from investing in Bitcoin, especially during challenging periods like the crypto winter.

After El Salvador named it a legal tender in 2021, other governments are also considering accepting it to attract innovation. Despite the disruptions in the bear market, Bitcoin has solidified its position in the global economy, and this year might mark a massive adoption of the currency. This has made some investors wonder if diversifying their portfolios with Bitcoin is a good decision. Crypto specialists state that the answer to the question varies, depending on the investor’s skills.

Your general market outlook and risk tolerance determine how good of an investment Bitcoin is. Most people think Bitcoin is a great addition to any crypto portfolio because its history shows us that it’s more predictable than other digital tokens. Bitcoin and Ethereum have registered regular cycles and recovered from bear markets reaching all-time highs again and again.

Everyone has heard of Bitcoin, but few know exactly what it is. Bitcoin is the most popular digital currency with the largest market capitalization. Cryptocurrencies are digital assets that, unlike traditional ones, don’t have a physical exchange. If you’re a rookie in the crypto sector, you should also know that Bitcoin can be used as a payment method that requires no physical exchange. While some investors purchase bitcoin to use it as a secure and decentralized payment method, others buy it as a way of making a profit.

Is Bitcoin a good investment in 2022?

As mentioned earlier, there are several answers to this question because Bitcoin and all the other cryptocurrencies are very volatile assets. This is an aspect to consider when considering buying Bitcoin or other digital assets. While the cryptocurrency maintained its value for a couple of months during the first months of the year, it lost half of it at the mid-point. This brought a substantial value depreciation to some investors, but those who purchased it after it dropped in value got a better value initial investment.

Overall, Bitcoin is a risky investment, both during bear and bull markets because several factors impact its evolution. Whether you use it to purchase services and goods or want to hold it until its value increases to sell it for a profit, you have no guarantee that you’ll get your investment back. Suppose you want to add it to your portfolio; you should answer a couple of questions to figure out if it’s a right fit for your trading style.

Crypto experts agree that purchasing Bitcoin exposes your finances to significant risk, similar to other speculative investments. The traditional finance sector has realized Bitcoin’s potential for disruption and innovation and must decide if to adopt it or deal with the consequences of banning it. Its volatility risk determines if the digital asset is a good investment for a trader, and no one can say if it’s good or bad. Each individual must make the decision if Bitcoin is lucrative for their portfolio according to their perspective on the future of humanity and risk appetite. The Russian government is willing to adopt cryptocurrency to lower the country’s dependence on the US dollar, which could impact Bitcoin price. If Bitcoin manages to disrupt fiat currencies, it could become a fantastic investment; however, it still has to face several challenges until then.

The main reason Bitcoin is an excellent investment in 2022 is to prevent your finances from the potential collapse of the traditional economy and inflation.

Why has the Bitcoin price dropped?

For a while, everyone has had the misconception that crypto markets are immune to tech sell-off and increasing risk aversion. However, recent events showed they’re far from immune and could face drastic consequences. The relative stability of Bitcoin at the start of the year, when it trended up with higher lows and higher highs, marked only the calm before the storm because cryptocurrencies are subjected to cycles. Bitcoin’s price dropped in the second part of the year and considering the general state of the financial markets, it’s challenging to tell how long it will stay in this bear run.

Several external factors impact cryptocurrency prices, and the reality is that US interest rates are spiking. The extensive period of low-interest rates since the global financial crisis in 2008 allowed the crypto market to register extreme variations. It looked like no one cared if tech giants were dealing with a financial loss because they could borrow finances easily to stay afloat. And when they failed to borrow funds, they employed an effective alternative, they attracted capital from investors. The crypto sector has been immune to the cheap leverage fiat markets experienced because it offers regulatory arbitrage and scalability.

But the moment US interest rates started to rise, Bitcoin also started to suffer the consequences. However, seasoned investors aren’t surprised that different assets’ values correlate because it’s common throughout history. When central banks increase interest rates, the correlation between assets increases.

Regulation is another factor that impacts the crypto market and Bitcoin’s price. Increased regulation means less uncertainty around it, which could prove beneficial for investors. However, over-regulation in the crypto market could prevent innovation, so it’s challenging to say where the market is heading.

With organizations adding Bitcoin to their balance sheets and countries making cryptocurrencies legal tenders, investing in Bitcoin or another digital currency can be a wise decision.