How Fantasy Sports can be Enhanced by Augmented Reality Technology 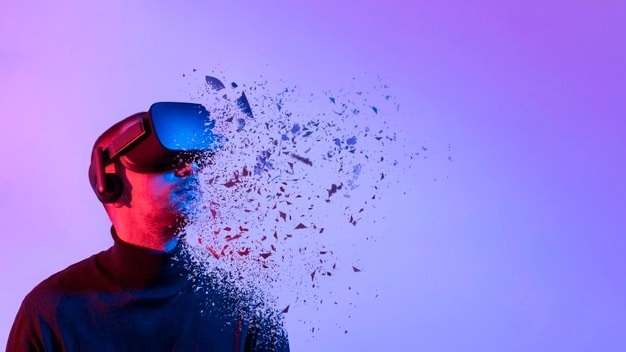 Every year just under 60 million Americans comb through NBA, NFL and MLB statistic charts ahead of marking out their draft pick for the fantasy sports season ahead. At the end of this year, global fantasy sports revenues are expected to reach $22.31 billion.

Industry experts are predicting that in just 4 years that figure will rise to a staggering $38.6 billion, so what is behind that expected growth? Is it simply a natural increase in people wanting to play fantasy sports online? Or is that expected growth based on some as of yet unknown technological advances?

What we do know is that augmented reality (AR) will have a big impact on the continued growth of fantasy sports. If you haven’t heard how AR is revolutionizing fantasy sports, read on to find out everything you need to know about the technology’s integration.

Unless you have been living under a rock for the past decade, you will have heard of the term ‘augmented reality. Without someone telling you what it is though, you would naturally struggle to comprehend what it means and what it entails.

The best way to describe AR is to say that it is the technology used to make the hit game of 2016 Pokémon GO. This mobile game saw players using their cameras to see real-world environments, which would have Pokémon featured in certain locations.

For example, at the end of your street could have been the natural habitat for Caterpie. Take your camera down there and you might find a few hiding behind the trash cans, which you could then catch using Poke balls.

Another way that AR is used is in sports coverage. When you watch a football game and see lines being drawn on the field, it is AR technology that is allowing the broadcaster to do that. With each passing year AR is becoming more and more mainstream in many industries.

(Take a look at how this YouTuber captures the AR action from Pokémon GO.)

Now, you might be wondering how exactly AR could be implemented into the statistics-driven and data-heavy world of fantasy sports. Well, it is being heralded as a way to bring glamour into fantasy sports and attract new blood.

AR will be used to spice up the often dull but pivotal draft. Instead of setting up a special evening with your friends and playing out the draft in full, AR will allow players to go out and recruit the stars that they want in their team.

Players will get a notification telling them that Tom Brady is on Main Street and the first person to get there with their smartphone will be able to recruit the Tampa Bay man by throwing a virtual football to him.

If no one gets there in time, Tom Brady will move to a new location and reveal himself randomly to players. In this world of fantasy football, the most engaged and active players are the ones rewarded.

This implementation of new technology single-handedly takes the most boring aspect of fantasy football and makes it fun, engaging, and merit-based. There is also an element of random luck too with some stars randomly spawning close to players’ homes or workplaces.

AR can also be used to give fantasy players an eagle-eye view of the field as they select their starting line-ups to make them feel more engaged and as though they are real-life coaches of an elite sports team.

The natural question to ask is that if AR technology is going to become widely used in fantasy sports, what about virtual reality (VR)? Currently, there are no commercially successful examples of VR fantasy sports, but that doesn’t mean that there won’t be in the future.

With VR players could all ‘meet up’ and play out the draft as it is played out in real life and potentially when selecting their teams look back on some of the most recent highlights of the players in their roster.

In terms of virtual reality integration though it is much more likely that this technology will actually be used to revolutionize how we ingest our favorite sports. In the UK many of the top soccer clubs are already investing in VR technology that will allow them to sell virtual season tickets in their stadia.

With the use of a VR headset, fans from the USA, Africa, and Asia would be able to purchase tickets to Manchester United games with the best seat in the house at Old Trafford. The NFL, NBA, MLB, and NHL are all reportedly looking into similar technology too.

Augmented Reality has a very tangible future in fantasy sports and could indeed be behind the estimated financial growth of the sector. Virtual reality however may be more constrained to the world of traditional sports media.

Whatever happens though, there is plenty to be excited about in terms of fantasy sports like football unless of course, the idea of chasing Tom Brady through your hedge doesn’t sound too appealing!

How To Find The Best Tennessee Cabin Rentals