How to Fix If your League Client not Opening? (100% Working) 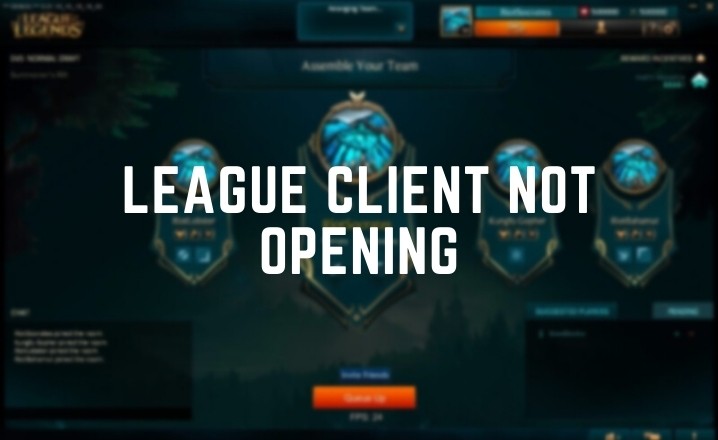 One of the most popular multiplayer games among teenagers and adults is League of Legends. Riot Games introduced it as a freemium game. League of Legends works flawlessly on both Windows and Mac OS operating systems. For some Windows 10 users, though, this isn’t the case. Many users have reported that the League of Legends app would not open on Windows 10.

So, if you’re having the same problem, you’re undoubtedly looking for answers. As a result, we’ve provided options in this article that you can use to fix the League client not opening on a Windows PC.

Why League of Legends Client not Opening?

Although there are no precise causes for the problem, these are the two most prevalent instances that Windows 10 customers confront. However, certain typical explanations for the League of Legends client not launching issue on Windows 10 can be predicted.

How to Fix League of Legends client not opening?

FIX 1- Using the Task Manager, terminate all LOL processes that are running in the background

Many users have complained that there are a few programmes running in the background that prevent the Client from operating on their Windows 10 PC at times. As a result, you may easily terminate all processes using the Task Manager.

Some League of Legends players believe that relocating the root folder to a different location resolved the League won’t open problem. As a result, you’ll need to relocate the game’s main files to a different folder.

You can do this by right-clicking on the desktop shortcut and selecting Properties. After that, select the “Open file location” option. Now, when the window opens, copy all of the files and folders from that folder to a new folder, and then create a desktop shortcut for the client.

Alternatively, you can copy all of the folders from the  “C:\Users\YourName\Documents\League of Legends” directory to to another folder.

FIX 3: Run the LeagueClient.exe to run the game

Many people have observed that Windows might make a mistake with the League of Legends file. If you’re having trouble with the League client not opening, simply use LeagueClient.exe to start the game.

If the previous approach does not work, you can resolve the problem by making changes to the League of Legends client. This is one of the most effective methods for resolving the League won’t open problem.

When the process is finished, you’ll see that the game runs smoothly and the Client remains unchanged.

Finally, if none of the following fixes the League of Legends client not opening problem, you can uninstall and reinstall the game.

Additional Fix the League of Legends client not Opening:

Aside from the options listed above, there are a few other options for resolving the problem.

These are the most effective options for resolving the League of Legends client not opening issue. Examine the solutions provided above to see which one best fits your needs.