How to Fix Avast Not Opening on Windows 10? 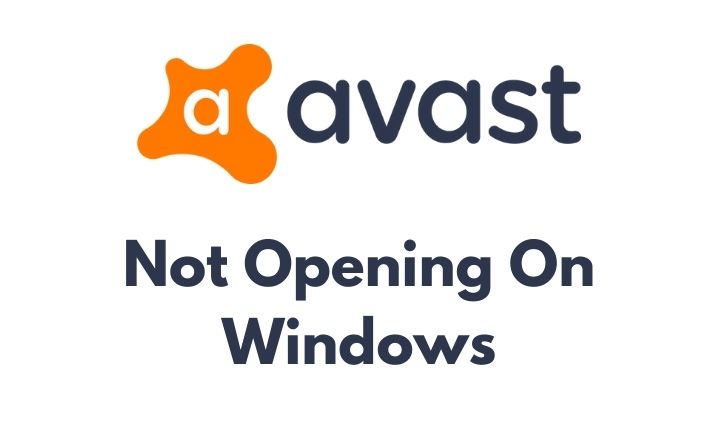 Avast not Opening: There are various causes responsible for which Avast might not open. The prime reason behind this is the installation of the faulty Avast antivirus. Moreover, if there is any problem with its main services, then also the Avast application will not open.

In order to address this issue, follow the most commonly used solutions compiled here.

Avast Wont Open: How to Resolve the Problem?

Avast won’t open can be a recurring problem, so it is worth addressing this problem. Hence, make sure that you need to check out the methods listed below to get rid of the issue in no time.

Read Also: How to Turn Off Avast Easy (Temporarily or Completely)

Fix 1: Restart the Avast Antivirus and the System as well

To solve this error, you need to restart the antivirus software. So, try out these steps listed below.

Step 1: First of all, close the Avast antivirus and close other applications as well. Then shut down the system from the Start menu.

Step 2: Wait for a few minutes and then click on the Power button of your computer to turn on the system. Now, double-click on the Avast antivirus icon to launch it.

Finally, check whether it is opening properly or not. Otherwise, move to the next solutions.

The problem might also appear due to the malware or virus attack on your device. Therefore, you need to run a SFC scan tool to solve this issue. This tool will identify the damaged system files and repair them automatically.

Hence, go through the following steps and apply them accordingly to run the SFC tool.

Step 1: At first, press the Start button and then type ‘cmd’ in the search window. Now, right-click on the cmd icon and select the Run as Administrator option.

Step 2: After that, type ‘sfc/scannow’ in the command box and hit the Enter button to open the System File Checker tool on your device. Now, it will automatically start to scan your device and locate the damaged system file and delete them.

Once you are done with the system, restart the system. After that, try to launch the Avast antivirus and check whether the problem still persists or not.

If the above solutions are not able to resolve the Avast won’t open in Windows 10, then it might occur due to the usage of outdated antivirus. Hence, you should update the antivirus software in order to resolve the issue.

So, walk through these steps to update the antivirus software.

Step 1: First of all, launch a web browser and move to the official website of Avast. Now, download the updated version of Avast antivirus.

Step 2: Now, install the downloaded version and the new version is automatically replaced with the old version.

When the process gets completed, restart the system and check whether it is opening properly or not.

After updating the Avast, if you are still facing the same issue, then it is necessary to uninstall the Avast antivirus and install it with a new version.

Step 1: First of all, press the Start button and then move to the Control Panel section. Thereafter, visit the Programs and Features section.

Step 2: Now, locate the Avast antivirus from the list that will appear on the system screen and right-click on it. Now, press the Uninstall option from the list to remove it from your device.

Step 3: Thereafter, move to the C drive and find out the Avast antivirus folder and delete it. Next, reboot the system.

Step 4: After that, visit the official website of Avast and download the latest version of Avast. When the downloading process gets completed, install it on your device.

Hopefully, after installing the latest version of Avast, you can easily open it without facing any issue.

We hope this has helped you a lot in order to resolve the Avast antivirus won’t open issue.