by Zeeshan Amin
in Entertainment, Featured 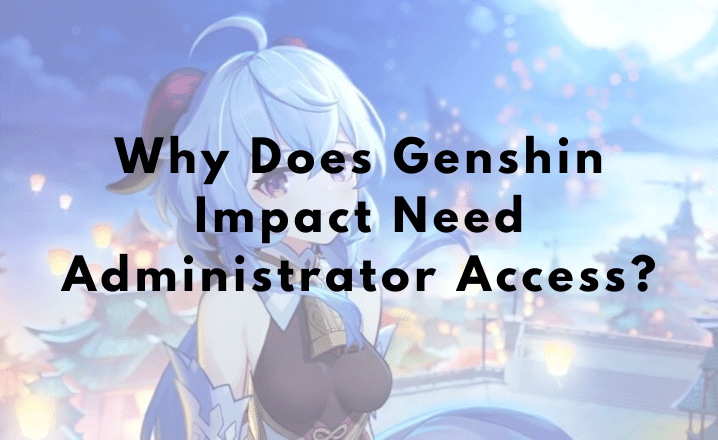 Genshin Impact is one of the most popular candidates among action role-playing games. It supports multiple platforms, including Windows, Android, and iOS.

When a tool or game asks for administrative access, its working becomes doubtful without the access and requires administrative privileges at all costs.

However, for a normal user – or those who take security a big deal, it becomes undeniable to know why Genshin Impact requires administrative rights.

In this write-up today, we’re going to address the matter – why does Genshin Impact need to access the root or administrative privileges on a system.

For those who don’t know – the Genshin Impact asks for administrative access when you try to run/install it on Windows. With such access, the software can get into your system, without any restriction or rules. This is why this matter became undeniable for most gamers.

Here is a list of possible reasons – why does Genshin Impact require Administrative access on the base system.

One of the possible reasons contains the involvement of the game in system-level activities. In games like League of Legends and Genshin Impact, such administrative rights become undeniable for the game’s efficiency and performance.

2. Software/Game need to fight against scammers

Scammers who try to bypass the game’s functionality throw scripts at a kernel or administrative level. This is why, to stop such attacks and cheats, the games also need to have administrative access to fight against the cheating agents.

Genshin Impact’s developers have officially responded to this issue and have confirmed that the said functionality has been removed. Now, once the game is closed or uninstalled, the game no longer runs with administrative access on the base system. However, certain anti-cheat programs may continue to protect against scamming agents. Here is the official confirmation and details about Genshin Impact’s admin access to a system.

There could be ways to solve this problem. If done correctly, Genshin Impact wouldn’t ask for administrative access again. This is helpful if you still need to address this problem on your system.

Please note – if you don’t know how to deal with system files, I highly recommend staying away from accessing or making changes to sensitive files. For a normal user, protecting your data with a locker is quite helpful.

Genshin Impact has officially solved this problem. If you are still running with an outdated version of the game, update your game. You can also try to solve the problem with the above solutions.

Despite the issue, it doesn’t harm personal information in most cases. If the game asks for administrative access, it is because of fighting against kernel-level cheat agents that try to manipulate the game’s functionality – unethically.

The final solution may harm your system than getting the job done. Such solutions include dealing with system files which can cause more harm than solving the problem on your own.

Above all, look for the latest version of the game, install and see whether or not the problem still needs a solution.

What is the Future of the Gaming Industry?