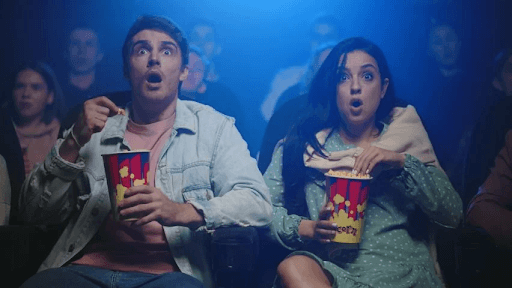 DC has been around for a long time and has blessed us with some of the film’s most memorable scenes. Listing these iconic scenes is an impossible task, but we feel these selections stand out. This is our list of the most rewatched scenes in DC movies.

Superman (1978): Superman reveals himself to the world

Superman (1978) is a classic and is the first DC movie to take the Man of Steel seriously. This movie is remembered for the scene where Superman reveals himself to save Lois Lane from a helicopter crash.

Clark Races across the street and rips his shirt open to reveal the famous “S” emblem on his chest to a crowd of onlookers.

We know Superman for his dramatic entrances, but none can beat his entrance to stop General Zod and his cohorts at the Daily Planet.

Superman soars in front of the Daily Planet windows and calmly calls out Zod. “Would you care to step outside?”

This film has one of the funniest scenes in DC movies. When Swamp Thing saves a couple of kids from a monster, the kids want to take a photo of him. Swamp Thing accepts and even poses with one kid in the shot. Incredible!

In his first appearance as the Caped Crusader in this film, Batman steps out of the shadows and beats up two muggers. As he drags one crook, the other asks, “What are you?”, he replies, “I’m Batman,” and disappears into the darkness.

This is one of the best movies, and you can follow Screenbinge to learn the right order to watch Dc Movies.

In this film, Batman and Robin meet Poison Ivy, who exposes them to pheromone-laden love dust. The two can’t help but bid against each other for the right to date her. Batman blows Robin out of the water when he whips out his Bat-credit card and utters those famous words, “never leave the cave without it.”

Steel is a weapons designer who creates an armored suit to honor Superman, who dies while fighting Doomsday. He partners up with his wheelchair buddy Susan Sparks to take down a weapons dealer named Burke. But when Burke’s thugs capture Sparks, they find out she’s not as helpless as they thought. Her wheelchair is armed with many weapons, and she takes them all down by herself.

Constantine goes to hell to find out whether the detective’s twin sister committed suicide. He sees her, but he has to bring proof back to her sister. The image of Constantine reaching for the wristband as the demons drag him down is one of DC’s most iconic moments.

You can also watch these finest hero shows in order to feed your desire of watching superhero shows.

In this movie, a young Bruce Wayne developed a fear of bats after falling into a cave. His fear of bats even leads to his parent’s death at the hands of a mugger. But after training with Ra’s al Ghul, he descends into the cave, and again, he is attacked by bats. This time, however, he’s fearless and lets them circle him. The image of bats circling him is chilling, and that’s when he genuinely becomes Batman.

Superman Returns has plenty of iconic scenes, but there’s one that beats them all. In one scene, the Man of Steels floats above our planet and uses his super-hearing senses to listen to all voices from the earth.

The Dark Knight (2008): The Interrogation Scene

Heath Ledger stole the show in The Dark Knight, but the interrogation scene is one of the most memorable. When Batman asks the Joker why he wants to kill him, The Joker’s reply is astounding. He replies, “I don’t wanna kill you!” “What would I do without you? Go back to ripping off mob dealers?” “No, no, No. You…. you… complete me.”

Hex scarred half his face to remove the initials branded on his face by Quentin Turnbull. Later on, a thug asks what happened after noticing the scars while brandishing a knife during a confrontation. Hex shoots the thug dead without getting up from his barstool and says, “Cut myself shaving, what happened to yours?”

The most rewatched scene in this movie is when Hal recites the Green Lantern oath. He’s sucked into a wormhole to Oa, the planet of the Green Lantern Corps. He meets Tomar-Re, a Green Lantern, and together, they fly over the futuristic buildings into an assembly of Lanterns.

The scene when Clark Kent progresses from super leaps to actual flight is one of the best moments in Zack Snyder’s Man of Steel. Clark soars through the clouds and canyons in his Superman suit, and the joy in his eyes is apparent for all to see.

In reality, Batman doesn’t stand a chance against Superman. But in this epic fight scene, Batman shows up with an improvised suit and a few tricks up his sleeves. He gains an edge over a supposedly unbeatable man.

Suicide Squad (2016): Deadshot kills them all

When Deadshot and his team of supervillains get overrun by demons, he uses his weaponry to kill every monster. The accurate shots are brutal, making this scene bloody and outstanding to watch.

After Superman is resurrected by the “Mother Box,” he comes back, but something is a bit off. When Cyborg accidentally fires at him, he attacks, and the Justice League can’t stop him. But it’s Batman who’s on the receiving end of his own line from Batman v Superman when Superman asks him, “Do you bleed?”

One scene that catches the eye in this film is when Harley Quinn blows up Ace Chemicals after being dumped by the Joker. The explosion and green smoke and Charlotte Lawrence’s “The Jokes on You” playing in the background are simply breathtaking.

There you have it! That’s our list of the most rewatched scenes in DC movies.