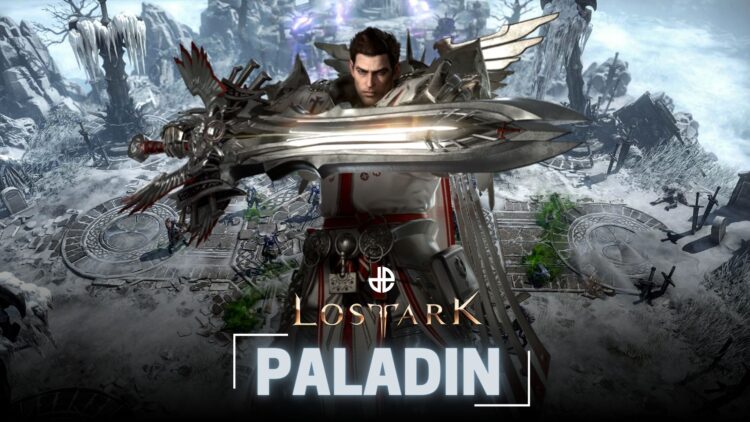 In Lost Ark, what is the best Paladin build? As one of only two specialised support classes in Lost Ark, the Paladin is in high demand when it comes to forming alliances with other players. The Paladin, like every other member of the Warrior base class, receives a high rank on our Lost Ark classes tier list thanks to outstanding attack and defence stats that allow him to serve as a sub-DPS while also protecting the rest of his squad.

On this page, we’ll go through the Paladin’s abilities, levelling tips, and which extra classes and engravings to pick once you’ve reached the endgame.

The Piety Metre is the Paladin’s primary identifying talent in the early game. The Paladin’s identity metre increases every time one of his attacks successfully hits its target, so remember that the greater part of piety is battering the crap out of your enemies; however, if you’re RP-ing a classic atonement seeker, the Paladin can also passively gain charge, albeit at a slower rate (or are just more focused on support than combat). When you reach maximum Piety, you can use one of two strong skill effects to release all that pent-up righteousness:

For the duration of Holy Aura, your Paladin and all of his nearby allies receive a 10% increase in attack damage. In the Paladin’s standard build, this is the main support bonus.
The Paladin’s Punish skills are improved by Sacred Executioner. If you’re doing some light sub-DPS work with your Paladin, this is a better talent to use right now.
A word of caution: only one Piety skill effect can be engaged at any given moment, and the Piety Metre will not refill while either is active. The Piety Metre resets to 0 percent after the skill expires, and it can’t be used again until it regains 100 percent charge. You can choose which impact to activate each time you activate the Piety Metre, so there’s no need to worry about making a long-term commitment.

Skills and levelling for the best Lost Ark Paladin build

In Lost Ark, support characters are a rare breed. While most ideal class builds prioritise inflicting as much damage is possible, Paladin builds must strike a balance between offensive capabilities and team bonuses. It all starts with the abilities you develop in the early stages of the game. The Paladin’s regular skills are color-coded to help you understand everything: blue for Punish (attack) skills and yellow for Holy (support) skills.

You should have around 250 skill points by the time you reach Level 50, which is enough to put together a balanced normal skill build to take your character into the endgame. We advocate a little favouring of Holy skills for the Paladin, as he’ll have plenty of friends who can handle the major offensive. Don’t overlook his Punish abilities, but keep in mind that they’re a distant second. Fortunately, advancing most of his skills to Tripod 3 is less important than it is for many classes, as you may often stop at Tripod 2, giving you more points to spread over a wider range of skills. Consider dividing your points between the following categories:

Engravings can be applied to a Lost Ark character once they reach Level 50. Endgame material in Lost Ark includes engravings, which allow you to apply a range of buffs and boosts to your character’s equipment. Each class gets two “class bonus” engravings in addition to the generic engravings given to all characters. These effectively allow you to choose a subclass for them to specialise in.

The Paladin’s Engravings are Blessed Aura and Judgement, which, as you may think, focus the character’s attention more on his Holy or Punish skill specialisations:

The Holy build option is Blessed Aura. Using the Piety Metre’s Holy Aura effect now offers up to 20% damage resistance for all party members, as well as up to 2% maximum HP regen for 1.5 seconds for the whole party.
The Punish build option is Judgement. The damage delivered by all Punish abilities is raised by up to 25%. When a Punish skill hits an adversary, the duration of the Sacred Executioner effect from the Piety Metre is doubled, as is the Piety Metre gain.
It’s worth noting that using one of these Engravings does not prevent you from using the other effect from the Piety Metre, so while your build will lean toward one side or the other from here on out, you’re not being forced to pick between support and assault. Of course, most players will default to Blessed Aura because to the great demand for Paladins in support roles, but both are extremely powerful options. It’s not rare for a player to use two different Paladin builds to benefit from both.

The number of engravings you can equip is limited by the number of engraving spaces you have. Learned Engraving slots, which you earn by reading books throughout your adventures in Arkesia, are required for class-specific additional engravings. The two “generic” engraving types that can be equipped by all classes (damage boosts and utility buffs) are equipped according to how many engraving points you have available through a combination of your character’s equipped accessories (such as necklaces, earrings, rings, and so on) and their Ability stones, which can all be obtained as loot or from merchants throughout the game. You should be able to equip roughly three generic engravings in addition to your class bonus if you shuffle your loadout until you’ve maxed out your engravings points to 35.

Your choice of generic engravings for the Paladin will be influenced by your main focus. The typical suspects for DPS and sub-DPS Paladin positions are suited for the job:

When fighting monsters of the Boss level or higher, Grudge increases damage by up to 20% while lowering receiving damage by the same amount. In overall, this is one of Lost Ark’s best engravings, and it’s a good pick when in doubt. It’s especially useful for the Sorceress, because reducing her vulnerability to incoming damage is one of the most difficult aspects of this build to master.
Master of Strikes boosts the damage done by non-back or head attacks by up to 16 percent (this applies to all skills except awakenings).
Cursed Doll boosts attack power by up to 16 percent while lowering incoming healing by a quarter (not including natural passive health recovery).
You’ll want something more along these lines for a support Paladin:

Awakening, which lessens your character’s awakening talents’ cooldown (see below).
Expert boosts the efficiency of healing and shielding, especially for party members with low HP. This is the most crucial, as it aligns the Paladin’s healing powers with the Bard’s in terms of efficacy.
The Paladin’s defences are doubled with Heavy Armour.

In addition to Engravings, you can get Combat Stats from accessory items in Lost Ark (necklaces, earrings, and rings). These substats can have a big impact on your character, so choosing gear with the proper stats for your build is crucial. Paladins should use Crit to boost critical strike rate and damage, as well as Swiftness to cut cooldowns, when levelling. This will speed up your levelling and help you shift to a more supporting playstyle in the endgame. Drop the Crit and replace it with Specialization to boost your Holy Aura once you reach endgame and start running group content like Abyssal Dungeons.

The Paladin’s Awakening skills are:

Alithanes’ Light: Infuses holy energy into your sword, dealing enormous damage. When an attack hits its target, the energy attaches to it, bursting and causing 100% of the damage all over again.
Alithanes’ Judgement: The Paladin leaps to his feet and produces a holy light that flies straight at his target, overcoming the shields of opponents of the Guardian Monster category and lower. When the Paladin lands, all opponents within a radius take huge damage, and all party members receive a 10-second shield equivalent to 80 percent of the Paladin’s maximum HP.
There are no bad choices here, as there are with other parts of the Paladin’s build. In the unlikely scenario that you’re focusing your Paladin build on support, Alithane’s Judgement is certainly the stronger option. Even if you’re constructing a DPS Paladin, Alithane’s Judgement is nearly as powerful as Alithane’s Light in terms of damage, plus it comes with a shield; so, unless you’re looking for a laser-focused maximum-damage build, it’s probably the better option.