Are Trojan Horses Self Replicating?

The Definitive Guide to Trojan Horse 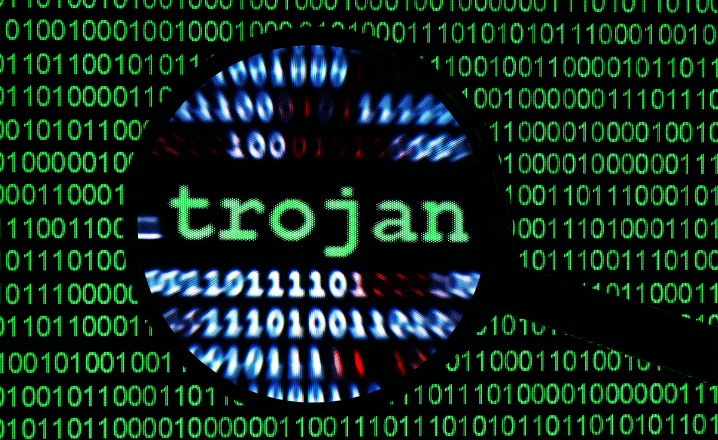 Did you want to know – whether or not Trojan Horses self replicate themselves?

Before diving deep into the answer, you will need to know the different aspects of this question.

However, if you are in a hurry – you can jump to the answer to this question.

After you have read the answer in detail, you will be able to deal with malicious programs that harm your computer.

So, without further ado – let’s discuss the important aspects of the question and proceed to the answer.

What are Trojan Horses?

A Trojan or Trojan Horse is a type of computer program, intended to mislead the users for malicious activities. Trojans are made to access users’ computers for activities, such as stealing information, gain access, or mislead the user to install additional software on the victim’s computer.

What is meant by Self Replicating?

Self Replicating is a spreading technique of malicious software – consists of creating the exact copies of themselves inside the infected computers. Once a malicious piece of software infects a system, it aims at infecting other devices by self-replicating itself.

Are Trojan Horses Self Replicating?

Trojan Horses don’t self replicate themselves. Instead, they aim at spreading themselves by pretending to be safe. Sometimes, you will find a Trojan horse hooped with another piece of software. Once executed, the malicious code in the Trojan is executed and used to infect the victim’s computer.

What is the Difference Between Trojans, Viruses, and Worms?

A Trojan horse refers to a malicious piece of software that misleads the users and tries to infect users’ computers by binding itself to other software. An example of a Trojan horse is anonymous downloads, which infects a computer as soon as a user downloads and executes the suspicious program. A Trojan horse may have different forms like Backdoors. Read more about examples of Trojan Horse infections.

Unlike Trojan horses, computer viruses replicate themselves when a user executes them. Their major aims are quite similar, yet different in how they work and spread into victims’ computers. While replicating, the computer virus creates the exact copies of itself and infects other computers on the same network. You can read more about an example of computer viruses, the Stuxnet virus.

Worms also self replicate themselves when executed. However, computer worms work in offline mode and are used to infect offline computers; however, they can be delivered through an online medium like Email. Worms are typically intelligent – they can find and exploit vulnerabilities to infect systems on the same network. An example of a computer worm is ILOVEYOU, which spreads through an email attachment to infect thousands of computers on the Internet.

Purpose of Trojan Horses and How do They Work

A Trojan horse infects computers for different purposes, such as stealing sensitive information. They are found in different types, often trick the users’ into acting like normal users, when downloading or installing trustworthy software.

In most cases, Trojan horses are delivered as an email attachment to the victims’ computers. Once executed, it can open a backdoor to the attackers’ system, can steal sensitive information, and can infect other software to spread itself.

To protect yourself from Trojan horses, you should never install a piece of software from unknown publishers. In this case, an Antivirus may help you protect your system from malicious downloads.

Trojan horses are found in different shapes. It can infect your system by opening a backdoor to the attacker’s system. On the other hand, Trojan horses also target your bank information; often refer to the Banker Trojans.

Similarly, your system can be infected with Downloader Trojans, refer to ones that download additional malicious software to infect your system.

All the types of malicious software are harmful to users’ security. They infect systems, steal information, and spread themselves with various tactics.

In this case, an Antivirus can help you stay protected from Worms, Trojans, and Viruses. For this purpose, keep updating your Antivirus from its official website.

Why Do Some URLs End in HTML?