5 Reasons You Should Play Draconis Invasion in 2023 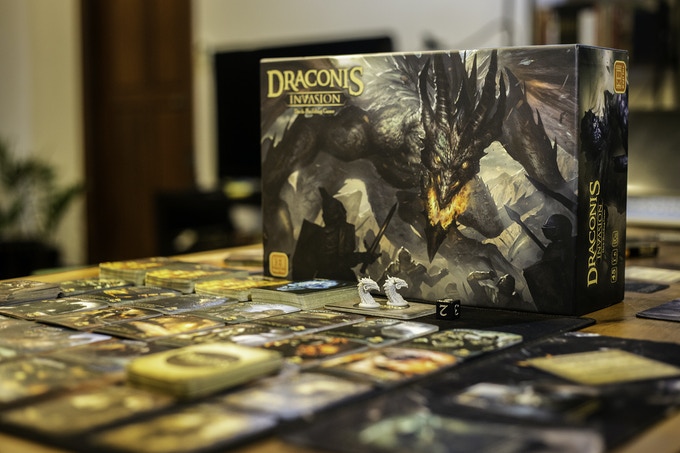 Do you love deck building games? If so, then you’ll want to check out Draconis Invasion! This is a brand new game that was just released on Steam, and it’s quickly gaining popularity. The premise of the game is simple – you must build a deck of cards and use it to defeat your opponents. But there is more to the game than meets the eye. In Draconis Invasion, you must carefully choose your cards if you want to be successful. Let’s take a closer look at this exciting new game!

Draconis Invasion is a strategic card game that lasts 45-90 minutes and plays from 1-6 players. Built with a focus on strategy, this game will test your ability to plan ahead and think creatively. Like other games in the deck-building genre; all players start off weak but aim for stronger decks by purchasing new cards throughout play!

Draconis Invasion introduces some unique mechanics that set it apart from other games in the genre. In particular, the primary challenge in Draconis Invasion is creating the optimal mix of Defender, Action, and Gold cards.

There are a lot of things to keep track of in this game. You’ll use your skill cards, attack strength and luck factors among other stats like how many punishment points you’ve collected so far or what building types have been destroyed already- but finding the right balance can be tough! Meanwhile, there will always remain those useless punishments that just pile up as time progresses…

The base game of Draconis Invasion is great, but the Glory Expansion really takes it to the next level! With three modular expansions, each with its own unique gameplay modifications, this mini-expansion is sure to keep you coming back for more. Plus, it’s compatible with all previous expansions, so you can keep growing your collection.

This compact expansion includes 3 modular expansions, each of which presents different asymmetric powers to form your strategy.

Bonus cards – And with bonus cards, you can get different variations on those end-game bonuses.

So call upon your army, ready your spells, and charge into combat! The fate of the world is at stake – only you can save it!

3 new options for the Glory expansion:

5 Reasons Why You Should Play Draconis Invasion

If you’re looking for more of a challenge, you can check out the Draconis Invasion Glory Expansion. This expansion adds an additional layer of complexity to the game, and it’s not for the faint of heart. With this expansion, you’ll have to contend with new card types and abilities, as well as increased difficulty levels. But if you’re up for the challenge, the Draconis Invasion Glory Expansion is a great way to take your game to the next level.

So, what are you waiting for? If you love deck-building games, then you need to check out Draconis Invasion! With its unique mechanics and challenging gameplay, Draconis Invasion is sure to provide you with hours of enjoyment. So why not give it a try today? You might just find yourself hooked!

What do you think about Draconis Invasion? Have you had a chance to play it yet? Let us know in the comments below!

Best Dark Anime Series Not To Miss on Netflix in 2023