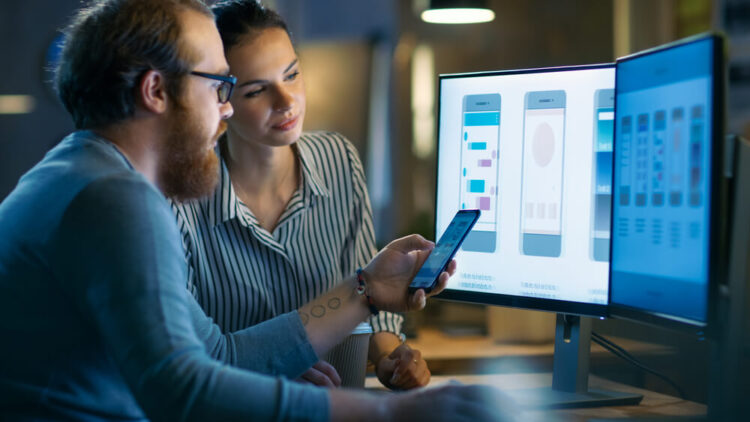 There is something of a gold rush going on when it comes to app development. It is happening because there are many developers out there who are working on solving the same problems. What usually happens is the first one to get on the app marketplace is generally going to be the one that dominates the market.

This is the reason why it’s so important to get your app developed and out there as soon as possible. There are a lot of moments during the process that are wasteful and redundant and need to be eliminated. In this article, we will go over several ways to get that app developed quickly and on the market before the competition.

One of the biggest limitations that many software houses encounter is the fact that there is a siloing of departments in their organization. This means that there are things being developed independently of each other with not enough collaboration. An example would be the engineering team is not working with the operations team and this causes friction.

DevOps is a system in which the lifecycle of the app is connected because teams are not isolated from one another. It’s a management system that breaks down those silos to improve collaboration between teams and departments.

When you use this system, a lot of bottlenecks will fall away and less time is wasted.

Outsourcing is one of the best ways for any business to be more efficient. This extra efficiency removes a huge barrier from the development of an application and will get it out faster.

The key is to evaluate which area of the organization is the one that is most likely to cause a bottleneck and then outsource that. For instance, if your organization suffers from a certain part of the development due to a lack of resources, then that can be sent out to a third party to work on. An example would be if there are some graphics that need to happen that your team doesn’t have enough experience in working on.

An outsourced company is one that will be optimized to do that one thing so they have the resources to be the best at it.

The wireframe is like a blueprint for a house or building. It’s the roadmap that allows everybody working on the project to understand how it needs to be built. In their rush to get the application out, some organizations will skip this step and that ends up slowing them down as a result which is the opposite of the intention.

The extra time it takes, in the beginning, to work out the wireframes will save loads of time later since there will be fewer errors. There are many errors that happen as a result of miscommunication when the wireframes are not there. The wireframe keeps everybody on the same page and able to collaborate without too many redundancies.