How to Play your Mobile Games on the Big Screen? 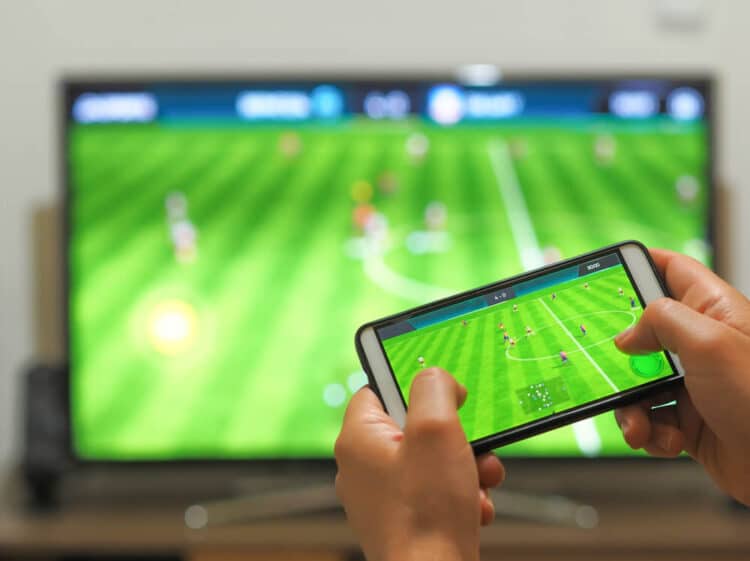 A gamer shouldn’t be restricted to a console in order to watch a game on TV. What about your favourite smartphone or tablet games? Some games, such as the Nintendo Switch, allow you to play both mobile and console games.

There’s now a simple way to wirelessly “screen mirror” your mobile game to your television. Wireless display is another name for this. The good news is that you can now play your smartphone games on a big screen, such as Oceanhorn, Monster Hunter Stories, Panther Online, or Clash of Clans.

Miracast is a screen mirroring technology that is embedded into most Samsung phones and other Android smartphones (4.2+). You won’t need to install any software. Miracast is usually included with devices running Windows 8.1 or higher.

You’ll need two things to wirelessly display games from your mobile device on a TV: 1] a device that supports “Miracast,” and 2] a wireless display adaptor, such as the ScreenBeam Mini2. It’s then a simple matter of projecting your phone’s screen onto the TV. Here’s how to do it:

Apple gadgets are made to work with a limited number of other items. As a result, using an Apple TV to wirelessly share your iPhone or iPad with your TV is the most convenient option. Screen sharing is as simple as clicking the screen mirroring icon in the Control Center and selecting Apple TV after the Apple TV has been set up.

It’s not the end of the world if your TV doesn’t support Miracast out of the box; however, you’ll need some additional hardware to bridge the gap between your smartphone and your not-so-smart TV.

You do, however, have a lot of possibilities. Mirroring is supported by Roku’s Streaming Stick+ and Express devices, as well as the Amazon Fire TV stick. You may also buy specialist screen sharing dongles online that will receive the signal without requiring you to install an operating system. They are also frequently less expensive than the more well-known dongles.

However, not every smart stick supports mirroring. While Sky’s Now TV stick is based on Roku technology and will appear when you search for screen mirroring hardware on your phone, it will not allow you to mirror your screen.

Another significant wireless streaming standard that we can employ is one that is more recent. It’s the Chromecast from Google. Chromecast, like Miracast, allows you to reflect your phone’s screen on your TV. There is, however, some more advanced stuff going on as well.

Certain games include Chromecast capabilities that use the phone as a second screen, not just a mirror image, for the experience. This is supported by games like Angry Birds Go! and Risk: Global Domination. It’s utilised for multiplayer in Risk. The phone is passed between participants, and the TV screen does not reveal each player’s strategy.

This type of functionality has a lot more potential. However, because not many people use Chromecast to play games on their TV, it isn’t high on the priority list of developers. And those priority lists are usually overflowing with items.

You’ll almost certainly need a Chromecast dongle if you want to test out Chromecast gaming. Because they use the Android TV interface, some TVs have it built-in.

Sony and Philips TVs are the most popular with Android TV. There’s no reason to replace your TV when you can acquire a Chromecast for around £30.

The issue with using wireless streaming to play Android games on your TV is latency. With the second generation Chromecast dongle, Google enhanced screen mirroring, although every Miracast and Chromecast configuration will experience some lag. Even with a lightning-speed internet connection, this lag will be noticeable in rapid action games.

All you need is the appropriate adaptor cable. There are numerous possibilities available on the internet.