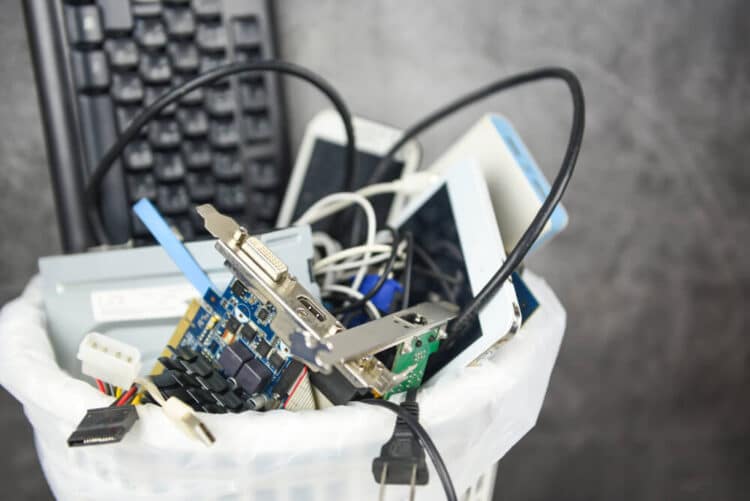 According to research by Counterpoint, mobile phones are responsible for almost 12% of the entire e-waste of the world.

Because of its undeniable widespread use, there is little need to discard your cell phone. However, when a sleeker and more wonderful mobile phone becomes available, there is a strong desire to discard your old one. But watch out! Mobile phone disposal that isn’t done properly causes much more damage!

Therefore, don’t contribute to this environmental damage, and check out five other reasons you should recycle your cell phones.

Most countries have no idea how to deal with these mounds of electronic waste, so they generally dump it in the  forests, affecting the ecosystem.

Discarded mobile phones often are major sources of harmful chemicals like lithium, arsenic, lead, cadmium, copper, zinc, and so on, which pose a major threat to wild animals and birds. They adversely affect the soil and hence the plants and lead to the death of wildlife.

Therefore, rather than discarding your used mobiles, recycling them as an option is much more environmentally friendly. To help recycle it, you can also sell it to sites like mobilemonster.com.au and make good use of your mobile phone.

According to studies, when a single cell phone is recycled, it saves energy which is equivalent to the power to make a laptop go on for two days. This implies that by recycling 130 million smartphones, the power generated would be able to run 24,000 homes for a whole year.

Now imagine the kind of energy you can save if you opt to recycle your phone?

The time and energy invested in plastic and materials to produce mobile phones can instead be used for producing other necessary products.

Every year, tens of thousands of mobile phones are produced to meet the needs of consumers. Of course, components will be required to complete these devices. You may obtain money for old cell phones by recycling them.

Not only that, but you’ll be assisting manufacturers in repurposing outdated components in their most cutting-edge technology displays.

You could also sell mobile devices to individuals who are interested in your phone model. You’ll kill two birds with one stone: you’ll have money in your pocket and will be able to give someone what they want.

Mobiles are said to be made of valuable and precious elements like copper and palladium, which are getting rarer and rarer, and if they are not recycled, it may lead to the complete wiping out of the elements in the near future.

According to a study, it has been proven that by recycling, one million cell phones, 35274 pounds of copper, 75 pounds of gold, 33 pounds of palladium, and 772 pounds of silver can be recovered. This reduces the number of minerals extracted for the manufacture of new cell phones.

Discarded and thrown out, mobile phones are a major source of carcinogenic substances like arsenic, cadmium, and lithium in the atmosphere.  Besides causing cancer, arsenic and cadmium are also responsible for various breathing and other health complications.  Therefore, rather than discarding mobiles, it is advisable to recycle them, which is not only an eco-friendly option but also helps in the prevention of various harmful diseases.

There are numerous reasons why you should recycle your old phone rather than discard it. Last but not least, remember, it’s a choice that you must make consciously and contribute to the environment.

10 Safety Precautions To Take For Your Child While Enjoying Trampoline