14 Tips on How To Become a Quiz Genius 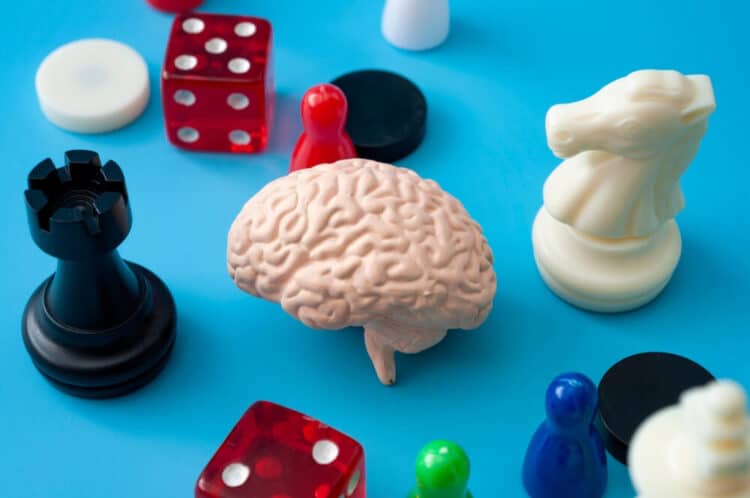 When you watch a master quizzer in action, it looks like one of the easiest things in the world to be good at. The best quizzers are relaxed throughout the whole process, despite being able to answer everything super quick.

When you have one of these kinds of quizzers on your team, you know that you can probably relax too because they’ll do all the work. You see it and it kind of makes you think that it actually is really easy.

But that’s not the case. The reason why they’re so calm is because they have accumulated so much knowledge that if a question comes up that they know the answer to, they don’t have to work to come up with the answer, they just know it.

And sometimes it takes a bit of though to figure it out, but that’s like a muscle. When you do it enough, you train your brain to do it quickly. But it’s not easy. Some quizzers have naturally good memories, sure but most of them have had to work hard to get to the stage they’re at.

With all that said, one thing to note about quizzing is the fact that getting good at it isn’t reliant on your age or your level of fitness. Anyone can become a quiz genius if they are willing to put in the time and effort.

Here are 14 tips on how to get really good and test your basic knowledge:

1.    Watch Every Movie You Can Get Your Hands On

Movies have been one of the most popular categories in quizzing since the golden age of Hollywood and so if you want to be a quiz genius, you also need to be a little bit of a film scholar too.

It’s important to keep up with modern films for sure, but there is over a hundred years worth of cinema and any good quizzer will have seen most of the best ones. Don’t just watch them though, research them.

Read the trivia page on IMDB, read details of the production on Wikipedia, find out the names of the actors, writers and directors and research their lives. And do the same thing for television shows, especially newer ones.

Much like movies, books are also going to be a topic that will regularly come up in quizzes so you should be reading something all the time. And try to be a bit versatile in terms of what books you pick up. You’re not aiming just to read, you’re aiming to be ‘well-read’.

Read novels, poetry, non-fiction, plays, biographies, just all kinds of different books. In addition to building up knowledge of books and authors in general, you will also learn things about other topics too by reading a lot.

3.    Research Topics You Don’t Care About

This is where things get a little bit tough. It’s quite fun building up a base of knowledge in topics you’re interested in. Like watching great movies and reading great books shouldn’t really be a chore.

But those aren’t the only topics. You’re also going to be asked about things like politics and business, which maybe you’re not interested in. Or maybe you are interested in those, and movies and books are the less enticing topics for you.

Either way, you have to cover as much ground as possible and avoid blind spots in your knowledge, which does involve learning about things that might not be fun for you personally to learn about.

Quiz shows are a fantastic resource for people who want to get good at it. DVR them all or just watch them on Youtube. Pay more attention to the answers that you don’t know so you can gauge where your blind spots are.

5.    Familiarize Yourself With World Geography and History

What’s the capital of Azerbaijan? Don’t know? Well fix that, because quiz question writers do love their capitals. I would personally be an advocate for learning them all, and also getting a general sense of where each country is and any other major cities.

Test your knowledge by using maps, there are even some great map quizzes online that you could try which will help you get very specific. Work on knowing the locations of major mountains, rivers and lakes too.

Again, this is like the movies and books entries in the sense that it’s fun, but you have to look outside your comfort zone. Listen to genres you would normally avoid, and learn about who are the important names in those genres.

You will probably end up liking a lot more music by doing this because you’ll discover what actually draws people to these songs.

It’s always helpful to keep a notebook on hand (or just use the notepad in your phone), to write down random pieces of information you hear in your daily life. Then even if you forget something useful, you can flip back through the pad from time to time and it will come back.

Learning about stuff from the past is obviously important but you will be asked relevant questions too and so it’s important to know what’s happening. And not just in your own country, follow world news.

There are a lot of sources for this, you can just watch news channels on TV, read newspapers which, contrary to popular belief, are in fact still a thing, or just go online and look at various news sites.

In truth, you could probably keep on top of things by scrolling through what’s trending on Twitter.

Accumulating knowledge is of course the most important part, but it’s also worth taking a few extra steps to keep your brian sharp and responsive. You can do all kinds of different puzzles to exercise your mind. Sudokus and crosswords are great, but there are loads more.

This isn’t an essential step, primarily because not everyone is in a position to do it. Especially not right now that we’re in a pandemic which doesn’t look like it’s going to end anytime soon. But travelling can help you a lot.

Actually experiencing the world firsthand will give you insights into how various cultures operate and you’ll pick up a lot of little nuggets of information. And if you can’t travel or don’t want to spend money on it, watch travel programs or read travel magazines.

You can still gather a lot of information about different countries and their cultures just by doing this.

Food is a big deal for us. I mean of course it is, we need it to survive. But what I mean is that every country and every culture has its own food that is based on their history and on what is most available to them in their surrounding environment.

And there are a lot of interesting facts about food and drink that could potentially show up as quiz questions. We all know that we have the Italians to thank for pizza and pasta, and that the population of Ireland was once halved by a lack of potatoes, but did you know that the notoriously American apple pie was actually created in England?

Or that the ‘Swedish’ meatballs you get in Ikea are actually based on a recipe that originated in Turkey? These are the things you should find out about food. And learn about alcohol too, wine specifically.

Don’t drink too much of it because it’s expensive and unhealthy, but know about its history and about popular wine regions.

This is only something that has been a huge part of human interest in the last 30 years but it has especially exploded in the last decade. You might not think that you’d be interested in this but don’t knock it until you try it.

But even if you give it a shot and don’t enjoy it, that’s fine, you just need to learn about them. Read about the history of video games and check out some ‘Let’s Play’ videos on YouTube to see what games are popular right now.

Much like video games, not everyone is interested in sports, but it’s a big part of a lot of people’s lives. It would be impossible for you to gather an in-depth knowledge of every sport because there are so many, but just know what’s going on.

What you can do is learn about the rules of every major sport, how each sport is played on an international level and who the major players and countries are right now. Sports is always covered on news sites so this shouldn’t be hard to follow.

14.  Learn About World Buildings and Landmarks

You know that the Empire State Building is in New York, and that the Colosseum is in Rome, but architecture and iconic landmarks are a thing everywhere and there are important buildings and structures in each country.

Try and learn about a few in each country. The history of the building or landmark, the city it can be found in and why it’s so significant. This is a monumental quest for knowledge but one that will pay off.

If you can get good at retaining knowledge and quickly accessing that knowledge from wherever it’s stored in your brain, then being a quiz genius is right around the corner.

What is Content Marketing and Why is it Important for Your Brand?