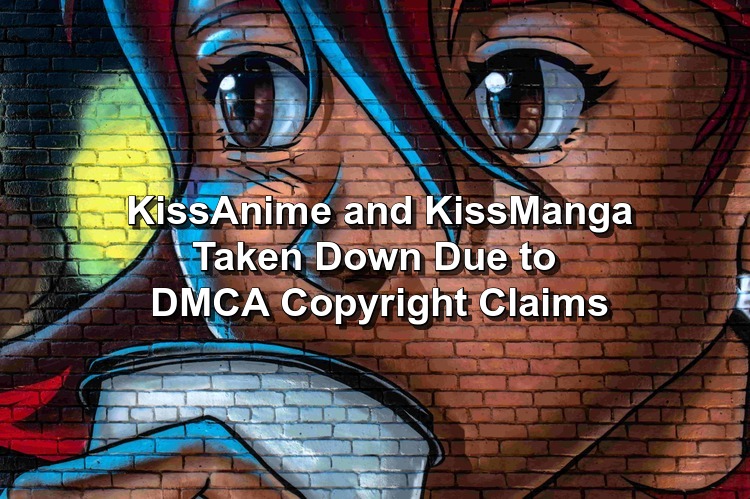 Famous website “KissAnime and KissManga” have been taken down due to privacy issue by Japan Government. In a study released in June 2020 by Kyodo news, the Japanese parliament has approved an updated copyright-control anti-online piracy law, banning unauthorized downloads of anime or manga, as well as Music, and videos already protected by the law.

A report states that the law provides for the “leech websites” to facilitate the download of pirates materials by users. The ban will take effect on 1 January next year and leech sites will be subject to restrictions as reported on 1 October.

KissAnime is down and it’s apparently never going to return, as DMCA copyright allegations have forced the anime site as well as its sister site KissManga to get down forever.

KissAnime is one of the most popular websites for anime which was offering a bunch of pirated anime shows and movies. It was the parent company, with sister websites such as KissCartoon, KissAsian and KissManga, which hosted openly pirated shows and films.  The allegations of copyright, both of KissAnime and KissManga, forced them to shutter the pages, following years of pirated contents.

What happened to KissAnime and KissManga?

Because of copyrights concerns, KissAnime and KissManga were banned, causing the servers to be shut down.

The message was made via the KissAnime Discord server, which initially had messaging followers on the support account of the site to let them know that the beta servers on the site had been closed.

“All files are taken down by copyright owners. KissManga and KissAnime will be closed forever,” the message reads. “Thank you for your supports. Thank you for those years.”

Since the growing number of pirated sites and leak websites, the law was revised. In the study, the Mangamura platform was especially affected by a loss of over 100 million yen (US$ 2.75 billion) for publishers, which had been disabled in April 2018.  Pirated copies of popular manga series, including ‘Attack on Titan’ and ‘One Piece,’ were present on the website.